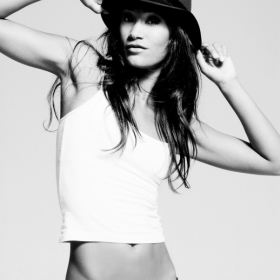 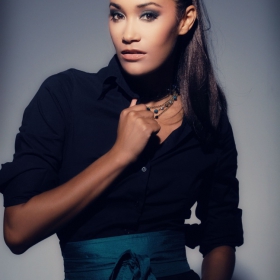 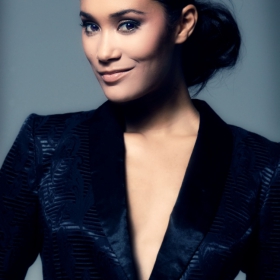 Now a TV host, Business Woman, MC and Inspirational speaker, this small-town girl became Miss South Africa at the age of 19. During her reign, she was placed 6th in the Miss World pageant and in the same year, she started presenting a very successful magazine programme “Pasella” and has done so for 4 years. She has now joined South Africa’s top glamour show, “Top Billing” and has interviewed numerous international stars such as Donatella Versace, Elton John, Katie Melua, Roger Federer, Richard Branson, George Clooney, Antonio Banderas and Charlize Theron.

While competing in Miss Universe in Puerto Rico, Jo-Ann was invited by Naomi Campbell to model in a fashion show for the Nelson Mandela Children’s Fund in Barcelona. Jo-Ann shared the ramp with supermodels like Naomi, Kate Moss, Elle McPherson and Helena Christensen and she also shared the stage with Bono, from U2 and singer Wyclef Jean – just 2 of the diverse highlights from that year.

She speaks three languages, English, Afrikaans and Xhosa is a major asset which helps her to really reach people.

Jo-Ann matriculated, as head-girl, from Hottentots-Holland High School in 1998 with an aggregate of 93%. She was selected to study medicine at Stellenbosch University but opted for a different career path in the commerce faculty. She graduated from Stellenbosch University with a B.Comm (Law) degree, being possibly the first Miss SA to complete her degree full-time after a year of glitz and glamour. She was invited to join the International Golden Key Honour society because of her scholastic achievements. This young lady epitomises the concept of a "balanced lifestyle". She has played soccer for her university and enjoys extreme sports such as bungi-jumping, scuba-diving, diving with sharks, paragliding, water-skiing and has walked over 6 metres of burning hot coals!

During July 2002, Jo-Ann participated in the Celebrity Big Brother reality television show in order to raise R2 000 000 for 5 needy South African children’s charities. She has been named one of the 5 most stylish women in South Africa by award-winning magazine, ”Rooi Rose” and featured in their April 2004 edition as a style and fashion icon. In 2005, “Elle” magazine, “Glamour” and “People” magazine named her one of SA’s most stylish celebrities. She was nominated as one of the favourite female celebrities by the Kids Choice Awards (MNet) and the ATKV has just chosen her as one of their “Icons”. In 2005, she won the “Duku Duku” Award for “the most stylish female on screen.”

She has her own communications company and has recently joined an investment company (Partnership Investments). She has travelled extensively with Pasella, Top Billing and other modelling assignments and draws her inspiration from the opportunities she has had to interact with people from all walks of life. Her family is the centre around which her universe revolves and she counts herself lucky to have grown up with the greatest support structure imaginable.

She has been the Master of Ceremonies at various national and international events and conferences ranging from the World Conference on Computers in Education to the International Islamic Finance and Investment Conference. She is an accomplished speaker and host, charming audiences with her grace, charm and wit.

Nationally, she has worked with a number of the top companies: SAB, Woolworths, Shoprite, ABSA, Standard Bank, ESKOM, Vodacom, LeverPonds, SAA, LG Electronics. She also makes time to do motivational speaking at schools because she believes it’s important that the poverty mind-trap is broken and that children should learn to unleash their full potential.